You have just one day :

Three days :  You have plenty of choices

When you arrive here, or when you leave :

The question is, in general, you don’t have enough time to do everything.

To make choices is real important, from the start. Then you can modify. For instance, the weather and the time in the day are factors to consider. If it is raining ( rare but it may happen), you are going to head to a nearby city ( L’Isle-sur-la-Sorgue, Avignon, Aix -en-Provence ) to do your shopping. Also for photography,  you know that it is much better early in the morning or before sunset. Many of our guests who know that go to Senanque Abbey before breakfast ( ie before 9 00 AM)  to catch the lavender field in front of the abbey. Also in Senanque,  some of the best picts are made in the evening when the sun irradiates with a yellow- orange light which makes everything fabulous.

“The issue is to not anticipate to do too much but do it at your pace. Reasonable …”

So take your time, and breathe deeply in enjoying just a few things : Being in Provence with the light, the mild temperatures in the evening when you walk to Restaurant  Estellan on the other side of the road, reading a good book ( one you brought with you) and, why not ?, making fantastic plans for you future Life ! And discover the incredible smells in the air. At this level we have in our garden, besides the now classical lavender,

Another interesting point is you must get lost as many times as possible.

I am not kidding on that !  So, don’t worry, it is a real privilege.In fact the best often is the “unexpected”.  For you the English and Americans, there is a word : SERENDIPITY. Invented  from scratch in 1759 by the English writer Horace Walpole. There is no equivalent in the French language, so we put it as ” sérendipité” ! I like that word as it is a source  for a lot of experiences and discoveries.

In fact, it is easy for American to get lost here because there are no straight roads at all, the road signs nature is  different. Fortunately you can learn pretty fast as Luberon valley is between two parallel mountains easily oriented East-West. In the south, the Luberon mountain is called ” Petit Luberon”, at least for the part facing us ( There is a higher ” Grand Luberon” which starts after the road from Bonnieux to Lourmarin.)

“To get lost in the Luberon Valley is a privilege ! Serendipity is one of the most rewarding  experiences ! ”

You should not hesitate to engage conversations with people around you on the way.

The French are not the best at foreign languages,  but year after year it has become less pathetic. Here you have 4 kinds of inhabitants :

(1) The heirs of the original farmers : no or little chance to speak with them. However,  they are very active stubborn and often wealthier than you and me. Farming here has much improved in the recent years  first because of increased mechanization and then  agriculture has become something scientific and the yields are excellent ( The quality of the soils in Luberon is  perfect. Remember the Roman Empire extended  to the valley and we have a lot of remains around us, including villas with hot baths ). (2)  Then you have the immigrants of the years 1920 – 1960. They are mostly of Spanish or Italian descent. They don’t speak anymore much of these languages. Mostly,  they are in the construction industry. Some started as stone masons and as they ware smart they made a fortune.  The person who made the stone covering of Mas des Etoiles owns  a last-model  Porsche Carrera  ! You could meet him as he lives three houses away from us.

(3) After that you have all the people who have decided to avoid rainy climates: The French like Annette and I ( We moved in 2002 from Lille, North of France). (4) And eventually, people from Switzerland, Germany UK etc … We are just a few hours from Geneva by car ).  But you also have inhabitants of all Europe. Very good friends live in Carlow near Dublin, Ireland. At present, Valerie arrives in April and leaves in October. Her husband, not yet retired, commutes with Ryanair pretty cheap. They also use the ferry Roscoff to Cork. In our own case, a large number of brothers, sisters and cousins are now living  more or less permanently in Les Baux de Provence, Cavalaire-sur-Mer ( near Saint Tropez), Sainte Maxime,  etc … At Mas des Etoiles, many of our guests friendly talk together and in the end are going to exchange e-mail adresses.   However let’s say that 80% of our guests are fluent in English. For instance , we have many doctors from Brazil. English is their basic reference for competencies  and they are used to travel to the US or Europe.

When I see my list of things to do around Mas des Etoiles, many are just minutes away because we are in the center for many things. I am also covering more distant areas or interest.  The idea is that in general, our guest combine their trip with the other side of Provence and Côte d’Azur. So we help you to plan the day before Mas des Etoiles and the following one. When you drive East, good spots are, of course Gorges du Verdon and Moustier-Sainte-Marie which are on the direct ( but not the fastest)  way to Grasse, Aix-en-Provence and Cassis. And my favorite which is the area of  “Les Maures”, all the stretch of coast between Toulon – Hyères and Saint Tropez. Cassis and Gorges du Verdon are  worth 2 days.

On Côte d’Azur you should not miss Eze, Monaco, Saint Paul de Vence

( Try to avoid Nice unless you want to have a flavor of Italy).  This is also good for 2-4 days as if you are interested in Arts there are wonderful museums ( Chagall, Picasso …) Annette and I are quite familiar with this area as ( when we were  younger) I was working with the late Public Accounting firm of Arthur Andersen, I spent nights with a huge consolidation. But Annette and I we had a nice house in Monte Carlo just above the shore. The garden, I remember was full of citrus trees. This had been a marking experience. ( Also Annette got pregnant of our  3rd child, Agathe  in that house ! ). In or near Monaco, we have two fabulous addresses  : Vistaero  with the best view possible on the coast ( From Monaco to Menton), and Restaurant Le Louis XV, at Hotel Hermitage just in front of the casino. There it might be pricey, The Chef is , nobody else than Alain Ducasse, and Restaurant Le Louis XV in Monaco will be an unforgettable experience

Many guests fly to the Nice Airport  and then rent  a car toward Mas des Etoiles. What happened several times is they set-up their GPS and the shortest road in kilometers get you thru the mountains. While the  best path the the highway A8, more kms but shorter in time. So, we got by midnight, emergency call  of our guests being completely lost in the dark. In France, if you want to go fast, just take the highway. The network is excellent ( But mostly toll roads) 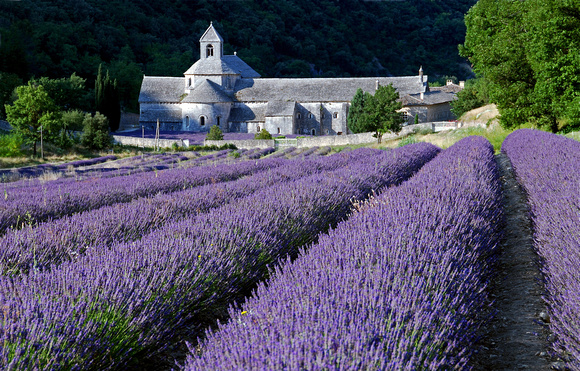 francois-forest2 April 2020
Yes,  Lavender fields in July and until mid-August are really spectacular in the Luberon Valley and also in the Mt...

Gordes : Act Smart, Save your Time and do the Best

francois-forest18 February 2018
Gordes : In the real Center of Luberon and Provence Gordes is generally considered as the center masterpiece of Luberon... 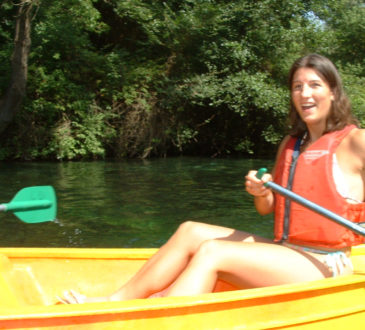 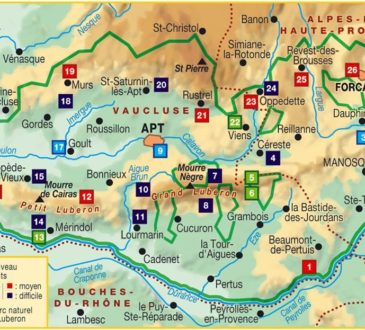 10 Things You Should not Forget to Bring with You !

francois-forest20 January 2018
There are little things which can improve dramatically  your comfort when you are traveling in France and more specifically at...

If you have any question, please leave a message below

×
Thank you for your message! We will answer you as soon as possible.

April Fool’s Day : Not a Joke. At Mas des Etoiles, Guests are First.

find me on socials